Madhuri Chavda is a wife and mother, a Hindu woman with a proud cultural tradition who comes from a family that still owns the same chain of shoe stores as it did when she was a little girl. Madhuri is as involved in her community as she is in maintaining a warm and spotless home, filled with the delights of Indian cuisine and sweet treats, laughter, plenty of family photos and loads of spirit.

No one can say Madhuri is a shrinking violet; quite the contrary, she tells it like it is and takes charge in everything she does. She is also always impeccably groomed.

What then, when a woman like Madhuri Chavda gets breast cancer, located in a community which, as she puts it, “easily talks about heart attacks, hypertension and sugar diabetes but never, ever, cancer!”

There is a history of breast cancer in Madhuri’s family and she has watched loved ones die. When she discovered a lump in one breast she immediately went with her husband Dinesh, a doctor, to check things out. The news was not good and Madhuri was given various options, the most radical of which was an elective mastectomy.

This brave and committed woman, wanting to do everything she could to stay alive, to watch her girls grow up and to be there for Dinesh, chose an elective double mastectomy rather than a lumpectomy and chemotherapy/radiation. It was a radical, preventative, life-saving decision. Despite a moment of uncertainty on the morning of the operation, Madhuri held firm and went ahead.

After the operation, she started talking about cancer in her community, sharing her story and arranging cancer talks and free medical screenings for women and men. Some still don’t believe Madhuri had cancer because she never underwent chemotherapy — which was not necessary given her mastectomy op. Madhuri has made it her mission to transform lack of knowledge into power and to do everything she can to encourage early detection, treatment and cure.

Today Madhuri Chavda is cancer-free. The precious opportunity to watch her girls grow up and spend as much time as possible with the man who has been her best friend and partner for over 30 years is never taken for granted.

Thank you Madhuri, for your courage and your commitment to helping others beat cancer so that they, too, may have the chance to experience this. 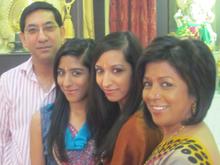 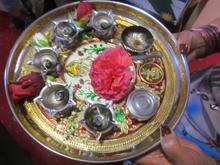 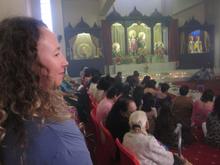 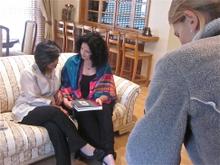 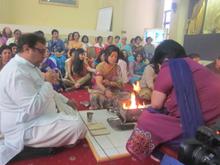 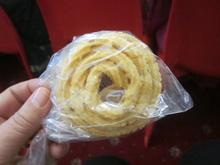 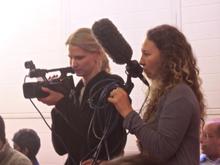 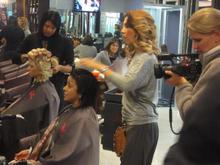