Sarah, herself a paediatrician, and a person who has always eschewed the limelight, had to instantly Leap into the public domain to lobby for the release of her 77 year old father. He had been held at the airport, then taken to an Abu Dhabi detention centre and was finally interned at the Abu Dhabi Central Prison, remaining jailed for two months before finally being granted bail. Professor Karabus was refused the right to return home while hastily appointed Emirati lawyers were asked to take up the matter in the UAE law courts. His family was not certain if he wold survive the ordeal.

Professor Karabus had been charged and found guilty in absentia relating to the death of a three year old patient he had treated more than 10 years previously while doing a locum in the UAE. The child had cancer and there was little that could be done to save her. Professor Karabus did all he could and was in regular contact with her parents who never showed any dissatisfaction other than experiencing the understandable pain of the bereaved. When he had completed his locum he returned to South Africa, but in his absence, and without any knowledge of it, a case was led against him. He was found guilty of causing her death and sentenced in absentia to three years and six months in prison.

Professor Karabus was arrested in August 2012 while in transit at Dubai International Airport while returning home with his family after attending the wedding of his son in Vancouver. Sarah, her husband Gavin and their two young children were en route with him.

His case was postponed 14 times and it took 8 months before he was able to come home. Medical files pointing to his alleged guilt were nowhere to be seen and a fair judicial process was not at hand to give Professor Karabus’s legal counsel a chance to argue his defence. The story spread around the world and doctors were warned about the risks of working in the UAE with its lack of judicial due process.

Eventually, 7 months after his arrest, a medical tribunal was convened in the UAE to look into the matter and Professor Karabus was found innocent of all charges and then acquitted by a judge. He flew home a month later in April 2013, insisting on using his original economy class return ticket on Emirates Airlines.

This episode, filmed 6 weeks after Professor Karabus’s return home, tells this well known story from the point of view of an unusually shy daughter who was forced to step into the limelight to help bring her dad home. It takes us into the Karabus household experiencing a family united again and offers compelling reflections from Sarah; her brother Michael; husband Gavin; family lawyer Michael Bagraim and Professor Cyril Karabus himself. 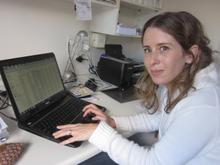 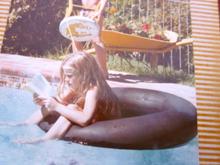 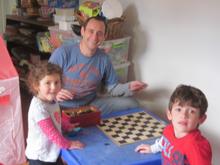 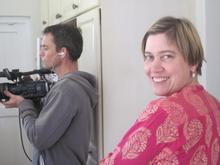 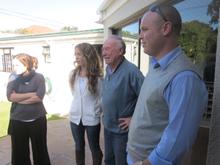 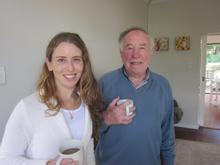 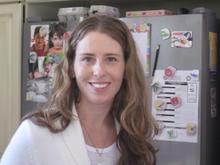 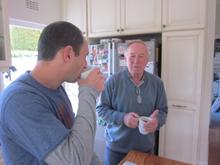 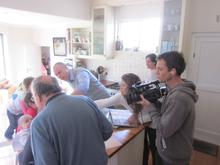 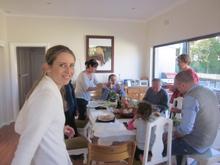