I AM WOMAN LEAP OF FAITH is a South African television and online series presented by storyteller Lisa Chait. It features the lives and Leaps of Faith of remarkable women exploring how they stepped into brand new territory when faced with life’s greatest challenges and opportunities. Each episode uncovers the turning points and pivotal moments of change in their lives. We also explore where they turned to when the chips were down.

I AM WOMAN LEAP OF FAITH is co-produced by award-winning filmmakers Lauren Groenewald & Miki Redelinghuys from Plexus Films and broadcast journalist Lisa Chait. It won the SAFTA South African Film and Television Award for Best Talk Show in 2015. It was nominated for two SAFTA’s in 2013 and three in 2014, with a special mention made by the judging panel for the quality of the series. 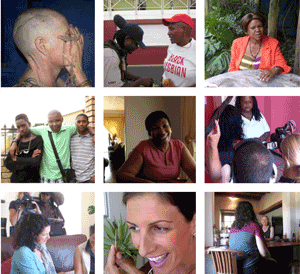