Elizabeth Hoorn Petersen knew from an early age that she wanted to help people. Looking back she is deeply moved at how the strands of her life, and the paths she has chosen, have led her to what she is doing today.

Elizabeth was born in Cape Town into a loving, large family. Money was not plentiful and life was hard, but her parents showed a grace and care that left its mark on Elizabeth and her 9 siblings, who are still very close today. The notion that poverty breeds dysfunction is simply not true, says Elizabeth. In their tiny home they shared a sense of family values and mutual care that set Elizabeth on her journey into the big wide world with trepidation but confidence that somehow, somewhere she could make a difference.

The first in her family to go to university, Elizabeth became a social worker and began working at St Anne’s Shelter for abused women in Woodstock. Soon she became its youngest ever Director and remained there for 14 years, encountering the realities of domestic violence. As a trained social worker she knew how to maintain her boundaries, but it deeply affected her. A woman of great faith, who regularly engaged with religious leaders due to her involvement with the Interfaith Movement in Cape Town, an idea began to form.

Elizabeth realized there was a huge gap in the fight against domestic and family violence. She understood the power of religious leaders and the sheer numbers of their congregants, many of whom were survivors or perpetrators. She would take a huge Leap and form South Africa’s first and only dedicated organization that would call upon clerics to step up to true leadership on the issue. And that’s exactly what she did.

For the past 4 years Elizabeth has been at the helm of SAFFI, The South African Faith and Family Institute, which she founded. Risking a new venture, having to source funding, and attempting to convince those often set in their ways to radically transform their approach to the issue, Elizabeth has soldiered on and made great strides.

Looking back on a life of deep faith, years of working with domestic violence as a social worker and organizational leader, and having an extensive network within the religious community due to of her Interfaith work, it all makes sense. Elizabeth Peterson is doing the unique work that she was born, and deeply guided, to do. 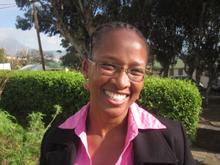 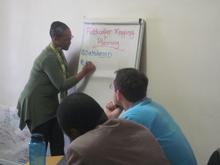 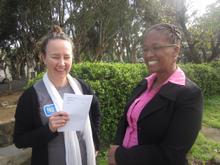 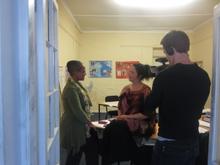 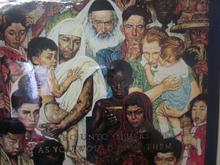 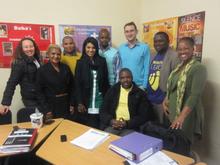 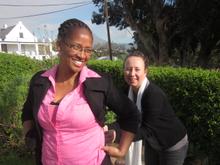 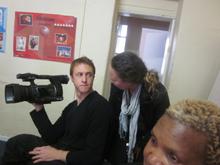