Nonhlanhla Yende is a well known Mezzo Soprano with Cape Town Opera who has taken many Leaps of Faith to live her dream.

While her single mom was away working, Nonie was raised by her grandmother, who noticed with great excitement that she had a talent for singing. Nonie was shy but her grandmother, brother and others pushed her to perform. Nonie laughs as she describes being forced to sing at family functions and even at a ‘Miss Legs’ competition organised by her brother, at which she had to impersonate South African gospel star Rebecca Malope. Fact was, Nonie came alive when she started to sing and people noticed.

In her teens and early twenties she sang with the church choir and then discovered opera. In that moment her life changed. She announced to her mom that this was the route she wished to follow. Knowing the material and emotional vulnerabilities of a life in music, Nonie’s mom was adamant that she choose a more secure path and sent her to Pretoria to study business.

But the pull of opera was too strong and Nonie enrolled at Pretoria Technikon to study it. She was shattered when finances prevented her from continuing and then had to support herself by washing and ironing people’s clothes while pursuing every avenue she could to get more opera training and experience.

Love flourished when she and longtime friend Unathi Mtirara decided to tie the knot. They had both become members of the Black Tie Ensemble operatic company and worked together at the company’s office. Unathi was also the grand nephew of Nelson Mandela, a fact he shared with Nonie quietly when they had become more serious.

Nonhlanhla’s greatest Leap has been leaving her young child Zama and husband Unathi in Pretoria to pursue a golden opportunity to train and perform with Cape Town Opera. The separation from her family and arrival in a city where she knew no one has not been easy. For a woman whose own mom had been away working during her childhood, it was a huge decision, and is a continuing Leap each day as she pursues her career thousands of miles away from the people she loves most.

As Nonhlanhla becomes more and more well-known for her unique talents, it’s poignant to remember the sacrifices she has had to make to truly sing her song. 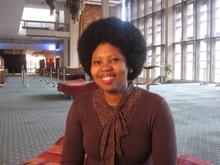 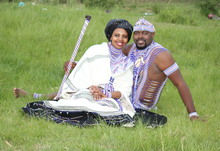 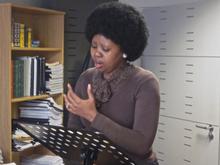 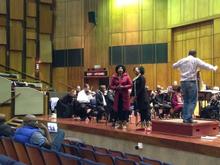 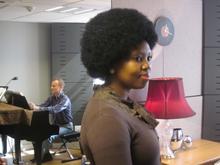 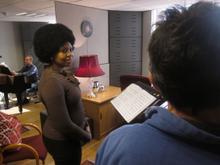 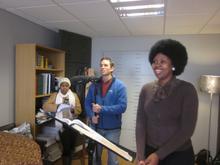